OncoDNA, the healthcare technology company making precision medicine a reality announced having been awarded yesterday by Deloitte’s Belgium for the 2018 Fast 50 winner price in the healthcare category. 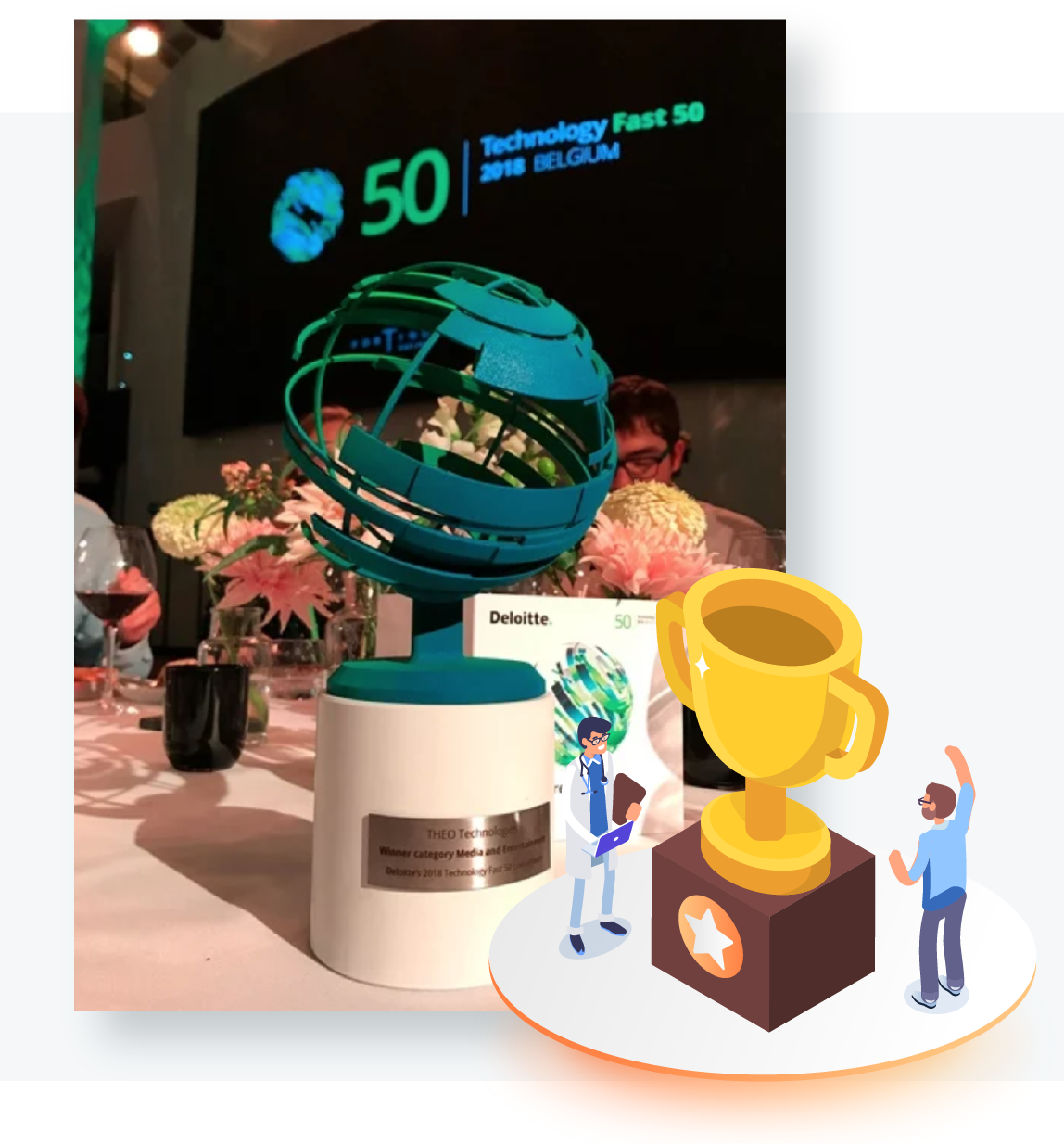 OncoDNA has received the "Tremplin à l’Exportation – Grande Exportation" prize during the award ceremony at the Center for Fine Arts in Charleroi. With this prize, the jury recognizes the value of the export performances of this young Walloon company, particularly in the field of export outside the EU. Mr. Paul Magnette, Wallonia’s Minister-President, was present for this occasion. 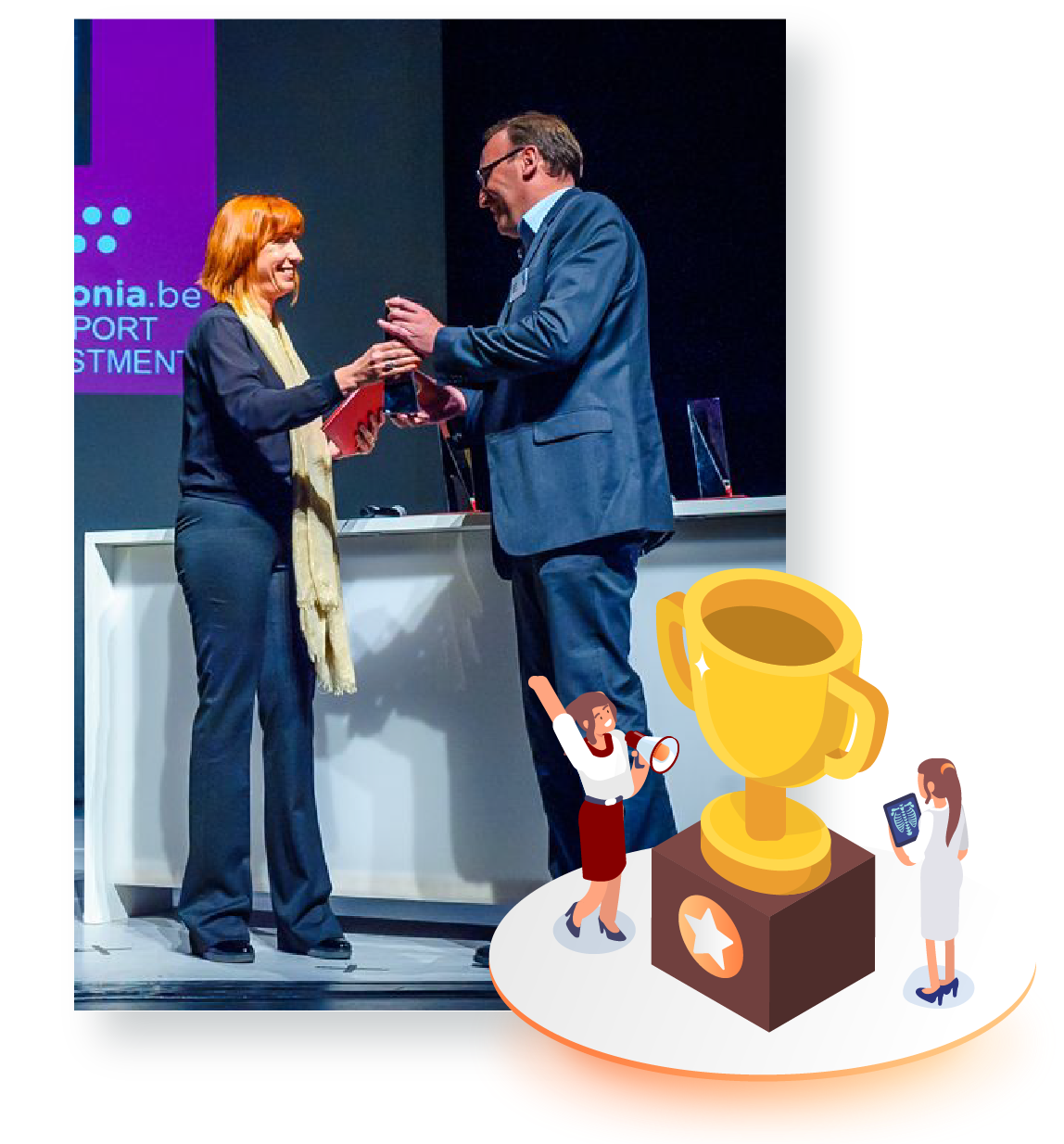 Winner of the Most Disruptive Innovator 2015 award by Deloitte

The Deloitte's Technology Fast 50 competition is an annual selection of the 50 fastest-growing technology companies within Belgium. The initiative is designed to encourage and promote fast-growing technology companies.
On Wednesday, 19th November 2015, OncoDNA was named “Most Disruptive Innovator” in the Rising Star category.
This award recognises companies that have developed a product or services that make very high-end technology accessible for wide application and use. 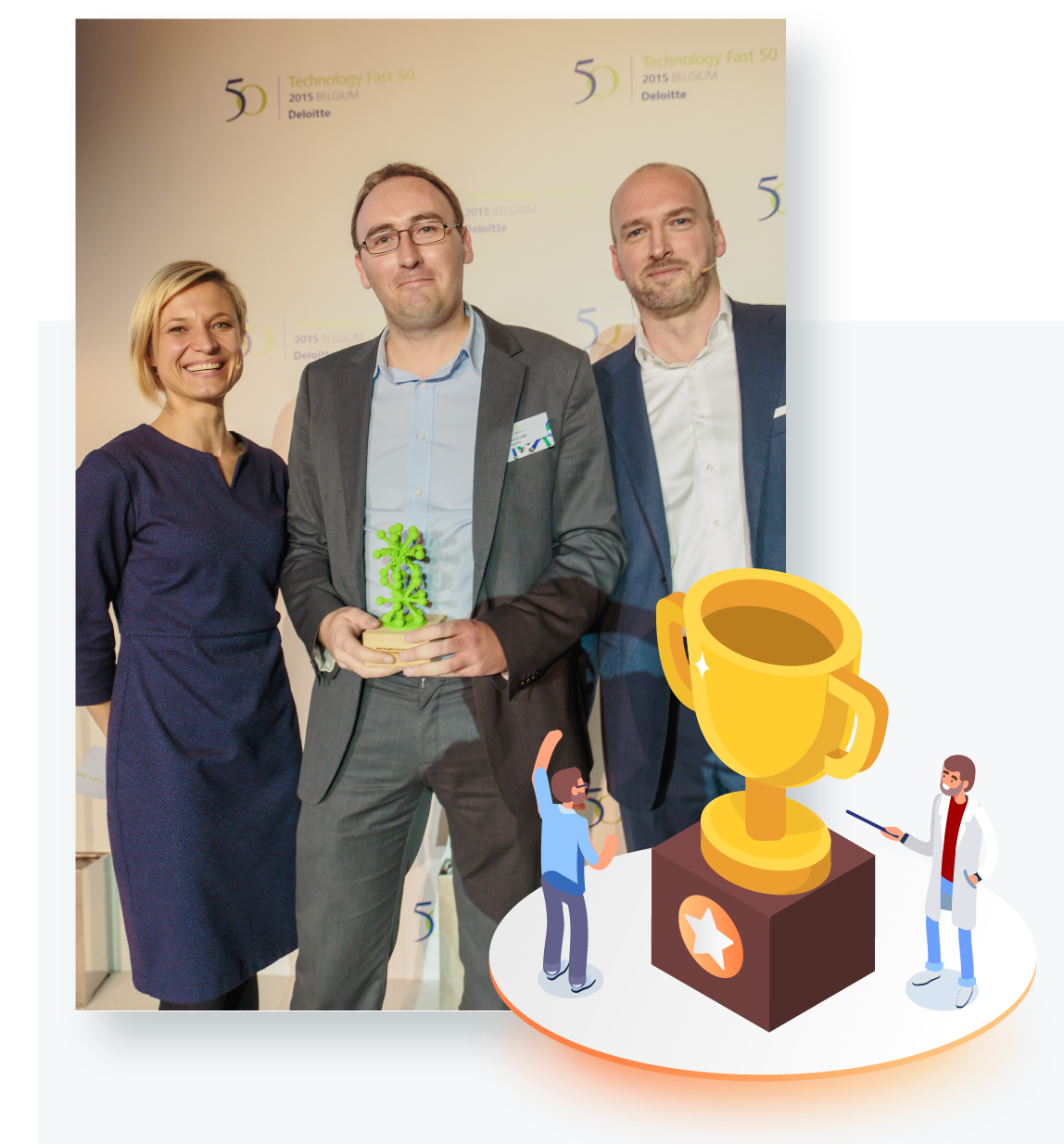 OncoDNA has won the "Enterprise of the Year" prize by Ernst & Young. An independent jury of specialists awards a company that is distinguished by its will to undertake and innovate, but also by its sense of strategy and competition, its openness to the world and, of course, its exemplary management. 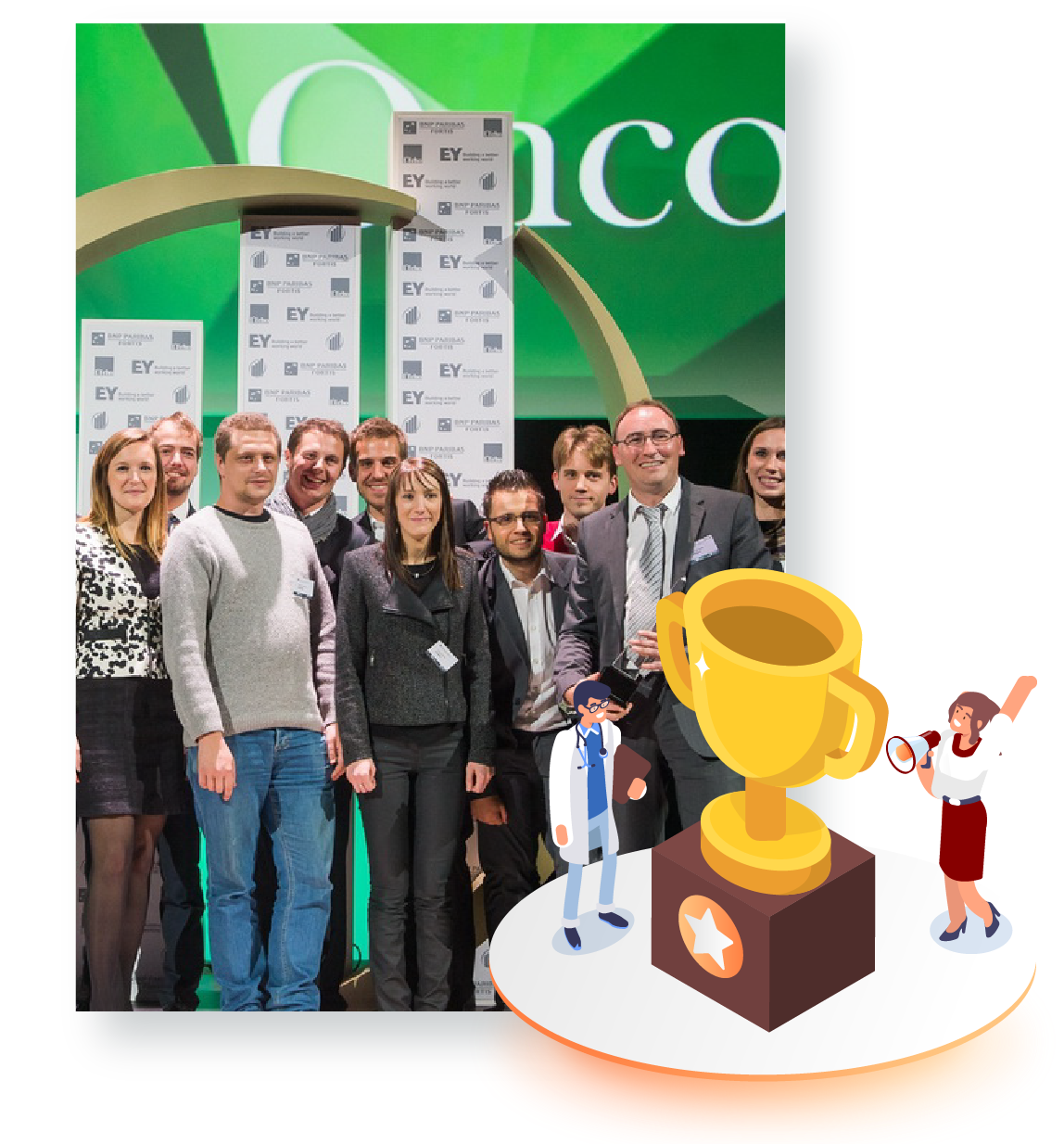 OncoDNA aims to improve care, quality of life and survival of cancer patients. Scientific papers and posters are published in international journals or in major cancer congresses in a regular way.